Enigma Machine is a faithful digital recreation of the famous Enigma cipher machine used by the German forces during second world war.

The Enigma is based on a combination of mechanical rotors, switches, lamps, a typewriter keyboard and a plug board. Thus it can be called an electro-mechanical device.

We have recreated the functionality of the Enigma by emulating the mechanical movement and sounds of the keyboard and rotors. In addition our Enigma also features the so called “Schreibmax” which is a ticker tape. For educational purposes the paper strip in this emulation not only shows the ciphered text, but also the clear text which has been entered via the keyboard.

Set your Enigma to the following settings,

and try to decipher this text:

Here’s how to work with Enigma
The Enigma operator would set the Enigma to above, daily changing setting. First he would select the rotors from left to right I, IV, III. Then he would adjust the rings to 16 (P), 26 (Z), 08 (H). Now he changed the plugboard setting by using plug chords to connect the letter A with B, C with N, E with T, etc. This finished the daily setting of the Enigma.

Together with the time and the length of the message, the random setting plus the encrypted message key make up the message header. The next line then starts the message.

The operator on the receiving side read the header. 2220 told him that the message was sent at 22:20 (10:20pm). The next number 50 is the message length and because the letters were arranged in blocks of five it was very easy to check the correct record length. Assuming that the operator had already configured his Enigma to the daily setting he then set his Enigma to “QWE” and started typing “EWG”. This resulted in the lamps for “R”, “T”, and “Z” to light up in sequence. Now the operator set his machine to the message key “RTZ” and typed in the ciphered message, resulting in the deciphered text to be displayed by the lights in sequence.

Important: The Enigma did neither have a space key, nor number keys. Spaces and punctuation marks were therefore replaced by “X”. Numbers were written, e.g. ONEHUNDREDFIFTY. CH and CK were replaced by Q and property names were enclosed in X and repeated, e.g. XLONDONXLONDONX.

In for some challenge? Here’s a cool site which gets you started 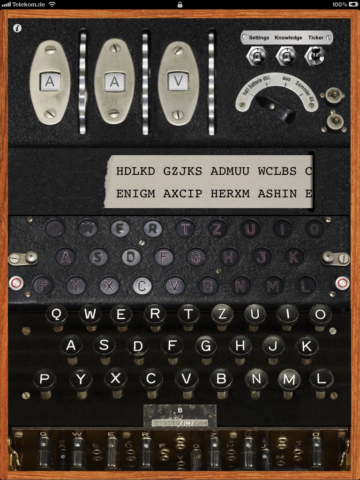 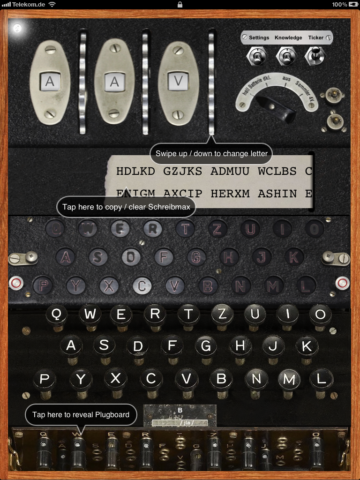 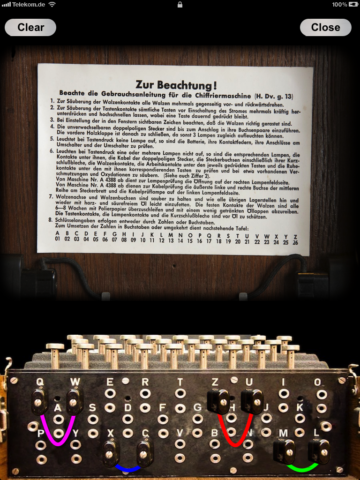 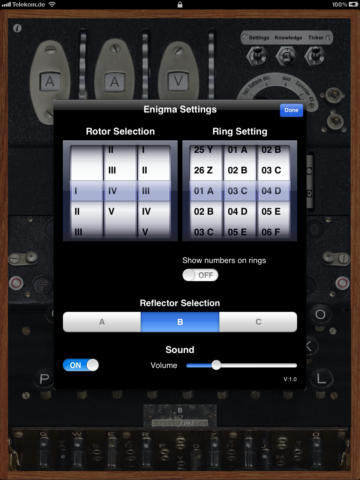 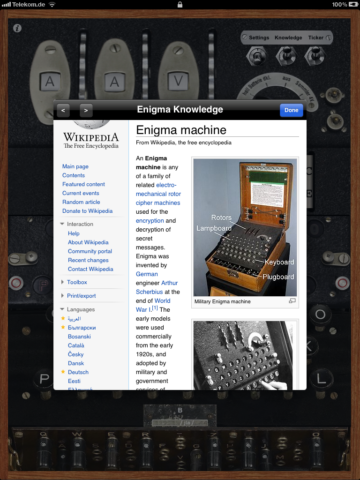