TREK QUEST HD - the Tactical Game for the iPad

The Organian Peace Treaty has collapsed, and the Federation is at war with the Krygons Empire. As commander of the Starship U.S.S. Protector, your job is to wipe out the Krygons invasion fleet and make the galaxy safe for democracy.

Your battleground is the entire galaxy, which for convenience is divided up into eight rows of eight quadrants each, like a checkerboard. Rows are numbered from top to bottom, and columns are numbered left to right, so quadrant 1,8 would be in the upper right hand corner of the galaxy.

During battle you will be concerned only with those enemies that occupy the same quadrant as yourself. Quadrants are divided up into sectors: eight rows of eight sectors each. Sectors are numbered in the same way as quadrants, so the sector in the upper right corner is sector 1,8. You have a short-range scanner which allows you to look at the entire quadrant in a single display.

TREK QUEST is a rich game, full of detail. The instructions are written at a moderate level–no attempt has been made fully to describe everything about the game, but there is quite a bit more here than you need to get started. If you are new to the game, just get a rough idea of the kinds of commands available, and start playing. After a game or two you will have learned everything important, and the detailed command descriptions which follow will be a lot more meaningful to you.

You have weapons: phasers and photon torpedoes. You have a defense: deflector shields. You can look at things: long-range scanners, short-range scanners, and a galaxy map. You can move about, under warp drive or impulse power. You can also dock at a star base and rest while repairs are being made…

The Krygons are waiting for You!

The game idea is based on the popular command line game “Super Star Trek” from the 1970s.
At that time computers did not have fancy graphical user interfaces but only teletype terminals. Still engineers liked to play games and because games were not readily available they wrote their own ones. Star Trek has originally been written in FORTRAN, then in BASIC (published in the book “BASIC computer games”, by David Ahl) and got ported onto various personal computer systems like the Apple II. The author of TREK QUEST has once ported “Super Star Trek” onto the Sharp MZ-80K. 1996 Chris Nystrom rewrote the game using the C language which made it possible to run Super Star Trek on even more computer systems. There are many versions of Star Trek around because virtually every programmer who touched it, also changed the game. TREK QUEST is based on the ideas of both Star Trek and Super Star Trek written by David Matuszek, Paul Reynolds, Don Smith and Tom Almy.

All the graphics of planets and nebulae are in the public domain because they were created by the European Space Agency and NASA. Hubble material is copyright-free and may be freely used as in the public domain without fee, on the condition that ESA and NASA is credited as the source of the material. The material was created for ESA by the Hubble European Space Agency Information Centre and for NASA by STScI under Contract NAS5-26555.

The LCARS screens are based upon the designs of Michael Okuda and his Okudagrams.

Star Trek, Starfleet, The United Federation of Planets, and ALL related marks are trademarks of CBS, Paramount Pictures and ViaCom Productions. All rights reserved.

iPhone, iPod touch and iPad are trademarks of Apple Inc. All rights reserved. 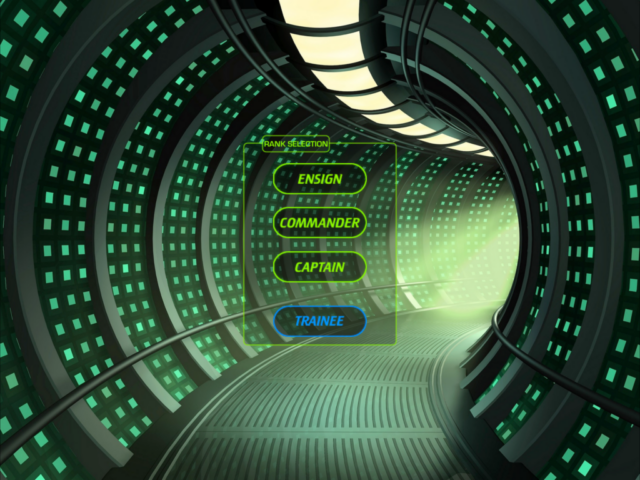 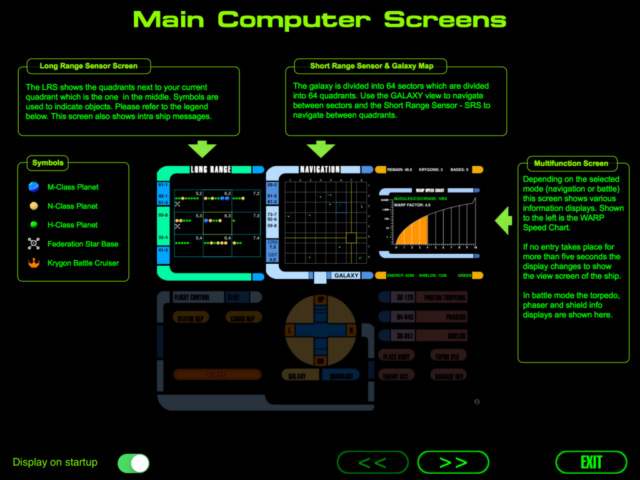 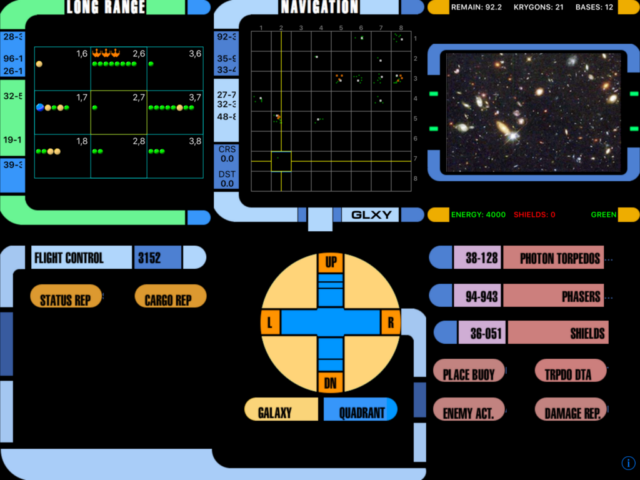 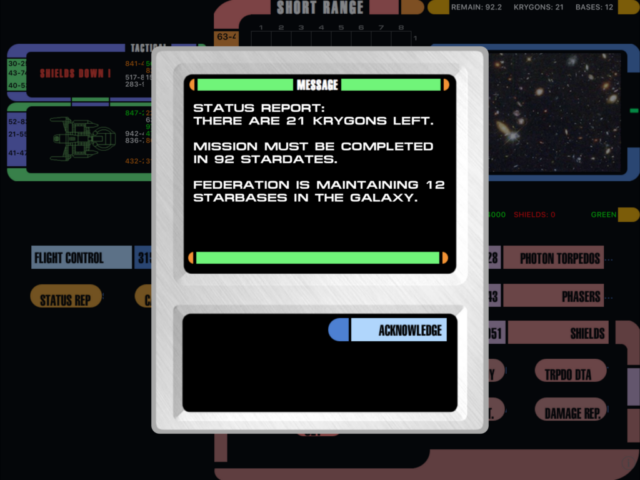 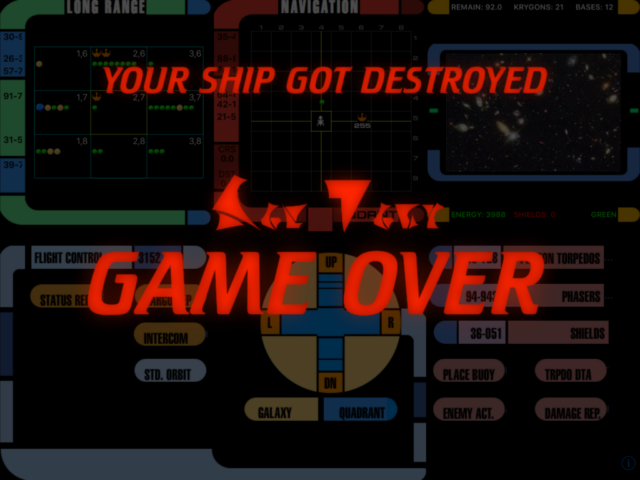 Manage Cookie Consent
To provide the best experiences, we use technologies like cookies to store and/or access device information. Consenting to these technologies will allow us to process data such as browsing behaviour or unique IDs on this site. We also use Google Webfonts. Not consenting or withdrawing consent, may adversely affect certain features and functions.
Manage options Manage services Manage vendors Read more about these purposes
View preferences
{title} {title} {title}